NITA'S LIFE AS A WILDLAND FIREFIGHTER

Beauty and the Beast Newsletter - June 2022

45 years ago, on May 15, 1977, I, Nita Winter, became the first female wildlands firefighter at the California Division of Forestry's (CDF) Leggett Fire Station in Northern California. Today CDF is known as CAL FIRE.

The Leggett station is on Highway 101 in a beautiful setting in the redwoods, with a short walk down to the South Fork of the National Wild and Scenic Eel River. On many of my days off I enjoyed camping on the banks of this peaceful river, a great place to relax.

Back then fire season generally began on May 1 (depending on existing conditions) and ended the after the first good rains in the fall. Today, due to climate change, fire season in California and much of the West is now year round.

I recently found an article, "Life As A Firefighter," I wrote about my experience as one of the first female, California wildlands firefighters. It was published on September 1978 in The Mendocino Grapevine newspaper, located in Willits, California, about 130 miles north of San Francisco. 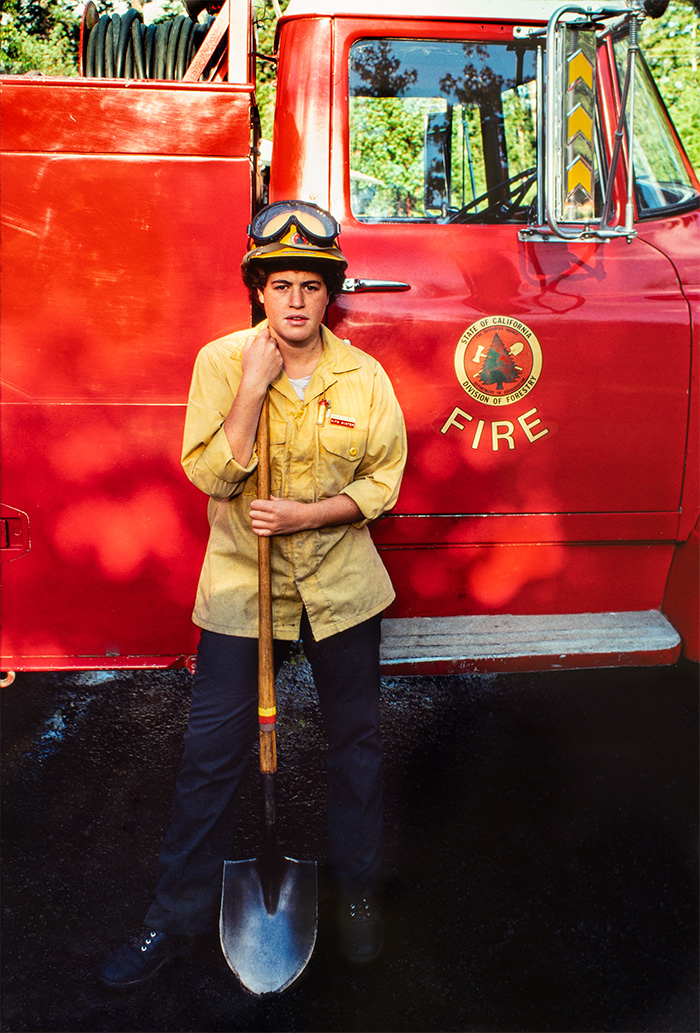 Life As A Firefighter

It's 4 AM, and I ask myself again, “Why am I here?” I'm as exhausted, covered with dust, soot and three-day-old sweat as are those around me, my co-firefighters for the California Department of Forestry.

What is most important to us now is teamwork, endurance and a lot of muscle power-a bit of insanity couldn’t hurt either.

Five months after getting a de­gree in biology from a New Eng­land college, I came to California to join my family. Four mouths later I was still without a job and tired of hearing that I needed "work experience."

I love to work outdoors and I am not afraid of hard work. When I saw the employment notice for seasonal firefighters I recalled the stories a number of women had told about their experiences fighting fires. Several weeks later I arrived at Ukiah airport for the "stress test", taken each year by every seasonal firefighter to test their physical condition.

Over the past few years the test has been modified to allow more women to pass. Many women were failing certain unnecessary skills such as chin ups.

With a great deal of effort I completed five minutes of the step test (stepping up and down on an 18-inch box at a rate of one step per second); carried 65 pounds of hoses on my back for 300 yards and other feats of climbing, run­ning and carrying.

Though it is not easy, if you are in good condition, strong and determined, you can do it. Eight women worked in Mendocino County last summer out of about 100 seasonal firefighters. We were a small group but very supportive of each other. Each woman’s experience was differ­ent; some worked with other women, while others of us had to work things out alone, but we all left with unforgettable memories of the struggles and the good times.
This past summer was not only a job but a tremendous growing period for myself as well as for the 13 men in my crew. I was the first female to work at my sta­tion in Leggett.

All I knew upon arrival was that I was to be on duty 106 hours per week, receive $678 per month with free room and probably share sleeping quarters with men. 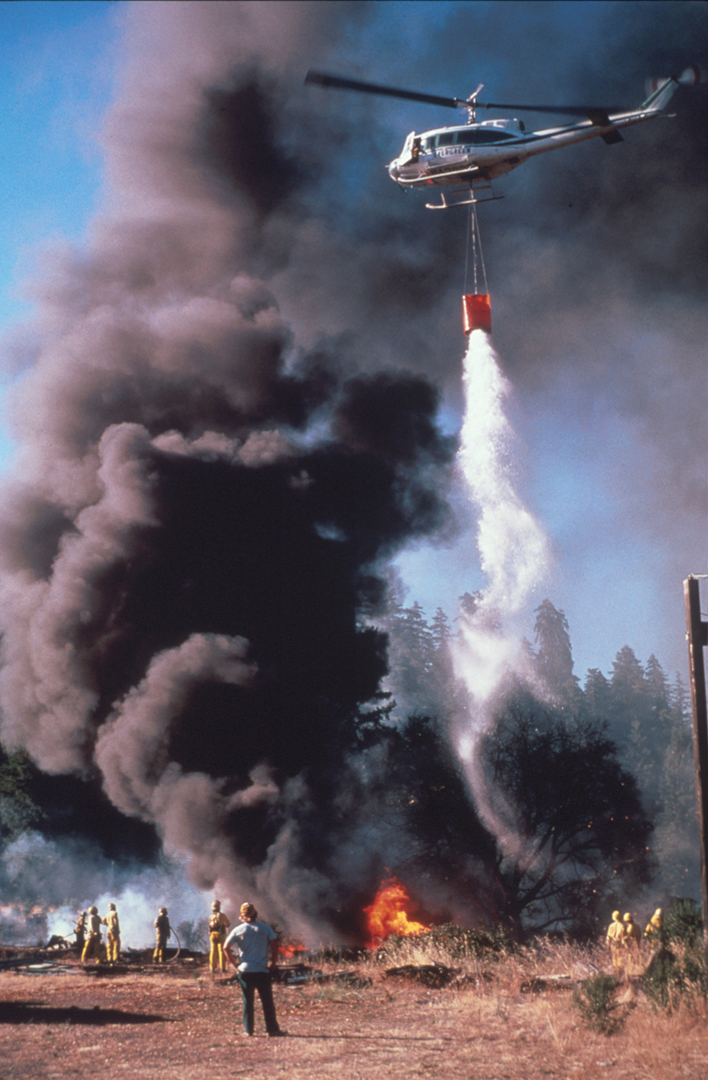 Whenever possible I kept a small point and shot camera on my belt when fighting fires. This is what I say when I came back up from setting up a water pump in the Eel River. This intense black smoke was from a pile of large tires burning. I won my first photo award from the International Nikon Competition for this image.

I had a heavy load on my shoulders when I arrived, for I felt that my success would be a victory for women in a male-oriented job, and failure would be a step backward for women as a whole.

I found myself surrounded by sexist, racist ideology and felt that I was always being watched and tested. I just let things ride for a while and got into the routine of the day.

We were up at 7 AM every morning, breakfast at 7:30 (cooked by one of the crew), equipment checked, and station cleaned by 9:30 in time for exercises. On to sharpening tools, polishing trucks or rescue training till dinner, with lights out at 10 PM.

There was a great deal to learn about firefighting: the theory and practical aspects of it. I felt like I was back in school, learning map-reading and memorizing the names, location and uses of equipment. Most important of all was to develop a cooperative, non-competitive feeling among the crew.

Before long I was cutting fire breaks around wildland fires (ranging in size from one-quarter acre to 23,000 acres) and assisting in vehicle accidents.

Everyone was to pull their own weight. It was in this last area that most of the skepticism about women firelighters comes in. I was reminded to pull my own weight and the men were reminded not to step in and pick up my slack (if there was any). I resent­ed being the subject of this skepticism due to my sex.

As the summer wore on I was to show my captains that I could cover for several of the men; four men were fired over the summer while I was recommend­ed for rehire.

One of the most rewarding experiences was having a firefighter say to me, "I'd like to apolo­gize for all the harassment and hard times we gave you. I have to admit that when you started I didn’t think a girl could do it, but you showed me otherwise.” 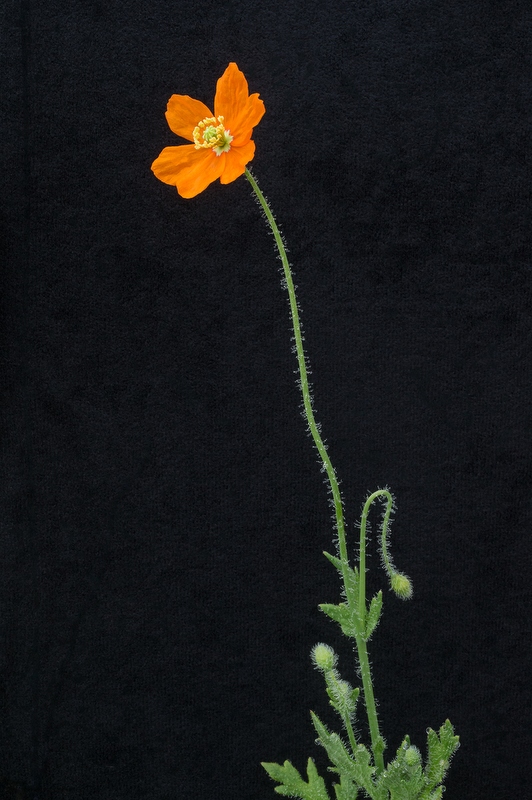 Fire Poppy wildflower (Papaver californicum) springs up in late March 2014 after the August 2013 Fall Fire, Cleveland National Forest, Santa Ana Mountains above Lake Elsinore, California.
Every post-fire explosion of wildflowers provides beauty for the human eye, a banquet for wildlife, and stabilization and nourishment for fire-scarred soils.
~ Susan Tweit
Excerpt from Beauty and the Beast's short story:
Phoenix From The Ashes
California Wildflowers and Wildfires Please tell a friend and help us spread the word.
Thank you for support! Thank you for caring!
Nita Winter and Rob Badger
Learn more, purchase books or contact us at
www.wildflowerbooks.com